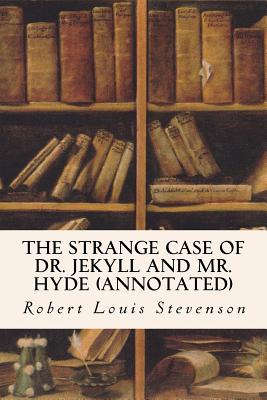 The Strange Case of Dr. Jekyll and Mr. Hyde, by Robert Louis Stevenson, is a gripping horror novel about a London lawyer who investigates strange occurrences surrounding his old friend, Dr. Henry Jekyll, and the misanthropic Mr. Edward Hyde.The work is known for its vivid portrayal of a split personality, split in the sense that within the same person there is both an apparently good and an evil personality each being quite distinct from the other.Gabriel John Utterson and his cousin Richard Enfield reach the door of a large house on their weekly walk. Enfield tells Utterson that months ago he saw a sinister-looking man named Edward Hyde trample a young girl after accidentally bumping into her. Enfield forced Hyde to pay 100 to avoid a scandal. Hyde brought them to this door and provided a cheque signed by a reputable gentleman (later revealed to be Doctor Henry Jekyll, a friend and client of Utterson). Utterson is disturbed because Jekyll recently changed his will to make Hyde the sole beneficiary. Utterson fears that Hyde is blackmailing Jekyll. When Utterson tries to discuss Hyde with Jekyll, Jekyll turns pale and asks that Hyde be left alone.One night in October, a servant sees Hyde beat to death Sir Danvers Carew, another of Utterson's clients. The police contact Utterson, who leads officers to Hyde's apartment. Hyde has vanished, but they find half of a broken cane. Utterson recognizes the cane as one he had given to Jekyll. Utterson visits Jekyll, who shows Utterson a note, allegedly written to Jekyll by Hyde, apologising for the trouble that he has caused. However, Hyde's handwriting is similar to Jekyll's own, leading Utterson to conclude that Jekyll forged the note to protect Hyde.For two months, Jekyll reverts to his former sociable manner, but in early January, he starts refusing visitors. Dr Hastie Lanyon, a mutual acquaintance of Jekyll and Utterson, dies of shock after receiving information relating to Jekyll. Before his death, Lanyon gives Utterson a letter to be opened after Jekyll's death or disappearance. In late February, during another walk with Enfield, Utterson starts a conversation with Jekyll at a window of his laboratory. Jekyll suddenly slams the window and disappears.In early March, Jekyll's butler, Mr. Poole, visits Utterson and says Jekyll has secluded himself in his laboratory for weeks. Utterson and Poole break into the laboratory, where they find Hyde wearing Jekyll's clothes and apparently dead from suicide. They find a letter from Jekyll to Utterson. Utterson reads Lanyon's letter, then Jekyll's. Lanyon's letter reveals his deterioration resulted from the shock of seeing Hyde drink a serum that turned him into Jekyll. Jekyll's letter explains that he had indulged in unstated vices and feared discovery. He found a way to transform himself and thereby indulge his vices without fear of detection. Jekyll's transformed personality, Hyde, was evil, self-indulgent, and uncaring to anyone but himself. Initially, Jekyll controlled the transformations with the serum, but one night in August, he became Hyde involuntarily in his sleep.