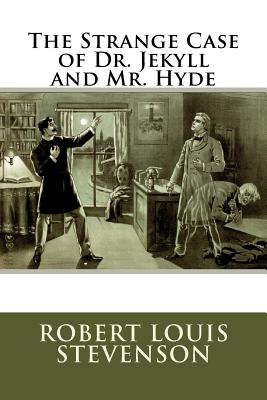 By Robert Louis Stevenson
$6.84
Usually Ships in 1-5 Days
(This item cannot be returned.)

The Strange Case of Dr. Jekyll and Mr. Hyde
Robert Louis Stevenson (1850 - 1894) The Strange Case of Dr Jekyll and Mr Hyde is the original title of a novel written by the Scottish author Robert Louis Stevenson that was first published in 1886. It is about a London lawyer named Gabriel John Utterson who investigates strange occurrences between his old friend, Dr Henry Jekyll and the misanthropic Edward Hyde. The novella's impact is such that it has become a part of the language, with the phrase "Jekyll and Hyde" coming to mean a person who is vastly different in moral character from one situation to the next. Strange Case of Dr Jekyll and Mr Hyde was an immediate success and is one of Stevenson's best-selling works. Stage adaptations began in Boston and London within a year of its publication and it has gone on to inspire scores of major film and stage performances.

Robert Louis Stevenson Robert Louis Balfour Stevenson (13 November 1850 - 3 December 1894) was a Scottish novelist, poet, essayist, and travel writer. His most famous works are Treasure Island, Kidnapped, and Strange Case of Dr Jekyll and Mr Hyde. A literary celebrity during his lifetime, Stevenson now ranks among the 26 most translated authors in the world. His works have been admired by many other writers, including Jorge Luis Borges, Bertolt Brecht, Marcel Proust, Arthur Conan Doyle, Henry James, Cesare Pavese, Ernest Hemingway, Rudyard Kipling, Jack London, Vladimir Nabokov, J. M. Barrie, and G. K. Chesterton, who said of him that he "seemed to pick the right word up on the point of his pen, like a man playing spillikins."