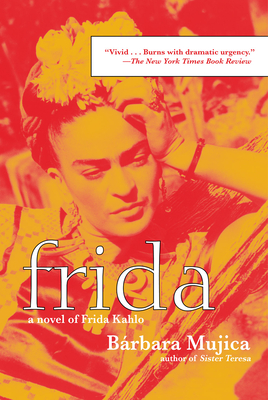 By Barbara Mujica
Email or call for price
Special Order

And yet she went on to fall in love with and marry another star of the art world, muralist Diego Rivera. filled with passion, jealousy, and deceit, their story captured the world's imagination. Told in the voice of Frida's sister Cristina, who bears witness to Frida and Diego's tumultuous marriage, this is a brilliantly vivid work of historical fiction. What unfolds is an intense tale of sibling rivalry, as both sisters vie for Rivera's affection. Mujica imbues the lives and loves of these remarkable characters with sparkling drama and builds her tale to a shattering conclusion.

Bárbara Mujica is a novelist, short story writer, critic, professor of Spanish at Georgetown University, and a contributor to many publications, such as The New York Times and the Los Angeles Times. She is the author of the novels The Deaths of Don Bernardo, Frida, and Sister Teresa, and lives in Washington, D.C.