My Ghost Has a Name: Memoir of a Murder (Paperback) 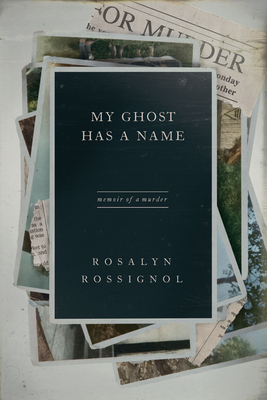 On October 20, 1999, thirty-eight-year-old Nell Crowley Davis was bludgeoned, strangled, and stabbed to death in the backyard of her home in Bluffton, South Carolina, near Hilton Head Island. In My Ghost Has a Name: Memoir of a Murder, Rosalyn Rossignol tells the story of how Davis's sixteen-year-old daughter, Sarah Nickel, along with the two teenage boys, came to be charged with the armed robbery and murder. Since no physical evidence tied Nickel to the murder, she was convicted of armed robbery and given the same sentence as the boys--thirty years. In the months that followed, Nickel vehemently insisted that she was innocent.
Torn by Nickel's pleas, Rossignol, a childhood friend of the murder victim, committed herself to answering the question that perhaps the police detectives, the press, and the courts had not: whether Sarah Nickel was indeed guilty of this crime.
During five years of research, Rossignol read case files and transcripts, examined evidence from the crime scene, listened to the 9-1-1 call, and watched videotaped statements made by the accused in the hours following their arrest. She also interviewed family members, detectives, the solicitor who prosecuted the case, the lawyers who represented the defendants, and the judge who tried the case, as well as Nickel.
What Rossignol uncovers is a fascinating maze of twists and turns, replete with a memorable cast of characters including a shotgun-toting grandma, a self-avowed nihilist and Satan-worshipper, and a former Rice Queen of Savannah, Georgia. Unlike all previous investigators, Rossignol has uncovered the truth about what happened, and the reasons why, on that fateful October day.